Forever young and inevitably old: How your body regenerates itself Know yourself, love yourself, be honest with yourself – these old truths have been celebrated for years by artists, musicians and philosophers, from Jean-Paul Sartre to Bob Dylan. But how do you know yourself if you are constantly changing?

There’s a theory that the human body is completely renewed every seven years. That is, at the end of this period you become a different person, because every cell of your body is replaced by a new one. Well, it sounds awesome! But is this really so and why do we, despite the change, continue to grow old?

The New York Public Library’s scholarly reference (Stonesong Press, 1995) notes that the human body “contains between 50 and 75 trillion cells… Each type of cell has its own lifespan. And when a person dies, it might take several hours or days for all the body cells to die.”
However, the idea that the human body replaces itself at the cellular level every seven years is wrong. This is a complete myth. Let’s figure out why?

The truth about human cells

New cells in our body are created in two ways:

The development of new cells simultaneously causes the death of old cells, which gradually age and die.

Only certain parts of the body are regenerated within 11 months. Several types of cells are constantly being replaced, but there are also a handful of them that never respawn. Yes, you might live the majority of your life with some of the cells you were born with! For example, some nerve cells and eye lenses are not involved in cell turnover.

The lifespan of our cells

Our body contains many types of cells that perform different functions and have different lifespans. Since some organs are subject to more rapid “wear-and-tear”, the cells of such organs are replaced faster than in other tissues. It is evident that the replacement of different types of cells at different times, due to the unequal duration of their life, cannot simultaneously renew our entire organism.

Skin: The epidermis undergoes a fair amount of wear and tear as it acts as the body’s outer protective layer. These skin cells are renewed every two to four weeks.
Hair: natural body hair has a lifespan of about 6 years for women and 3 years for men.
Liver: The liver cleanses the human body by removing a wide range of pollutants from our systems. It promotes a constant blood supply and remains immune to damage from these pollutants and toxins, renewing its cells every 150-500 days.
Stomach and intestines: The cells lining the surface of the stomach and intestines live short and complex lives. Constantly exposed to caustic stomach acids, they usually live only 5 days, no more.
Bones: The cells of the skeletal system regenerate almost constantly, but the whole process takes up to 10 years. The renewal process slows down as we age, so our bones become thinner.

Now, what about the cells of our brain? For a long time, scientists believed that nerve cells cannot be renewed. But in the past decade, the scientific community has recognized the formation of new neurons in adults.

There is a hypothesis that the microenvironment in a certain area of ​​the hippocampus has specific factors necessary for the division of neuronal precursor cells, as well as for the differentiation and integration of newly formed neurons.

In addition, our tooth enamel is never replaced, and the lenses of our eyes are also with us for life.

So, statements about a “new” body every seven years have no scientific basis. Yes, our bodies do regenerate but in separate cells and organs.

“Where do ideas about new bodies every 7 years come from then?”

In the early 50s, scientists discovered the power of body rejuvenation by introducing radioactive atoms into objects and observing their movements. They found that, on average, 98% of the atoms in the body – the small particles of matter that form the molecules and cells of the body – are replaced every year. Most of the new atoms are accepted along with the air we breathe, the food we eat, and the liquid we drink.

Fifty years later, Swedish molecular biologist Jonas Frisen studied the renewal of body tissues by measuring the level of a radioactive material, Carbon-14. This material was thrown into the air before overhead nuclear weapons tests were banned in 1963. Carbon-14 is a part of our DNA. But unlike other atoms and molecules that are constantly changing, a person’s DNA remains unchanged from the moment a cell is born – which happens when parent cells divide – until the end of its life. When a cell divides, in other words, the DNA that is introduced into new cells contains a certain level of Carbon-14, which corresponds to the level of this substance in the air around us at that time. Thus, this substance can be considered some kind of timestamp by which scientists can determine when the cell was created.

Friesen found that cells in the body mostly replace themselves every 7-10 years. In other words, old cells die and are replaced with new ones during this period of time. Cell renewal is faster in some parts of the body, but a complete rejuvenation from toes to head takes about ten years.

This explains why our skin’s scales fall off, our nails grow and our hair falls out. But if we are constantly filling with new cells, why does the body age? Shouldn’t the new cells act like a botox shot? When it comes to aging, it turns out that the secret is not in our cells, but in cellular DNA.

Can we be forever young?

Despite all this constant regeneration, people who want to live forever should not stop looking for the source of youth. The point is that we keep getting old and gradually die. Friesen and others believe it may be due to DNA mutations that get worse, moving on to new cells over time.

There are also a number of cells that never leave us and can contribute to the aging process, or, at least, the decay of the body over time. Although the cornea of ​​the eye can heal in just one day, the lens and other areas of the eye do not change. It’s the same with the neurons in the cerebral cortex – the outer layer of the brain that is responsible for memory, thinking, language, attention and consciousness – they stay with us from birth to death. Since they are not replaced, the loss of these cells leads to serious ailments. The good news is that other areas of the brain, the olfactory bulb, which is responsible for smell, and the hippocampus, which is responsible for learning, can and do renew themselves.

However, with age, the body’s ability to regenerate decreases, and an effective way to prevent aging and death has not yet been found. Geneticists believe that the cause of aging is hidden in the cellular DNA, or rather, in its terminal regions – telomeres. There are several theories of aging, as well as a number of factors that influence this process.

Scientists continue to study the changes in the human body, the causes of aging and methods to prevent this process. Perhaps one day they will be able to give the world a revolutionary discovery, thanks to which human immortality will become a reality. 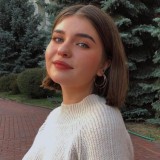