Many of us doubt ourselves at times. Many are afraid to try something new, something different. Many feel paralyzed by the fear of failure. And, many feel like giving up. Nick Vujicic is an example of why the most important thing for a dreamer is to hang on to hope.

Nick Vujicic was born in Australia in 1982 with the extremely rare congenital disorder, tetra-amelia syndrome. He was born without any arms or legs but with two small malformed feet. His left foot, his chicken drumstick as he refers to it, had toes that were fused together. So, early on, Vujicic underwent an operation to separate his toes so he could use them as fingers to independently perform some of his daily activities.

As Nick grew up, other kids made fun of him and bullied him.  He would pray to God for arms and legs. As the abuse continued, he started to lose hope. Kids told him he could never get a job and that he would never get married. They mocked that he couldn’t even hold a wife’s hand or pick up his kids if they were crying. Nick started believing he was not good enough.   He recounts that “I started believing I was a failure.” At age 8, he began thinking he would be better off dead. He felt there was no purpose in life for him. He wondered if he was just alive in order to die. The relentless bullying continued and he felt he had nothing to look forward to. Most painfully, he considered himself a burden to his parents.

At age 10, Nick tried to give up.  He told his dad that he wanted to relax in the bathtub. The first two times he rolled his face over into the six inches of water he was trying to figure out how much air he held in his lungs. Before he rolled for the third and final time, he pictured his parents and brother crying at his grave. He realized then that it would be a greater burden on his parents to bury a child that had given up. This saved him in the short term.

As Vujicic continued to grow up, he was continually bullied. However, his mother was also exposing him to other people’s pain and misery stemming from their own difficult life circumstances. This helped him understand he was not alone and it was okay to not understand why this had happened to him. At age 13, he began feeling thankful for what he had rather than angry about what he didn’t. He was no longer angry that his prayers weren’t being answered.

After not finding happiness for many years and continuing to wonder WHY, Vujicic’s transition to hopefulness was sealed at age 15. He was reading a story about Jesus coming across a man who had been born blind. Jesus told the man that he had been born blind so the works of God could be revealed through him. After reading that, Vujicic thought to himself, “If you have a plan for the blind man, you do have a plan for me.” His plan was revealed by his high school janitor, Mr. Arnold.  Mr. Arnold said, “Hey Nick, you’re gonna be a speaker.” Vujicic called him a crazy old man. For three months, Mr. Arnold implored Nick to share his story with a Christian group in the school. Resistant, Vujicic responded that he wasn’t going to speak to the ten people in the “Christian nerd section”.  But, eventually, he did.

After that, Vujicic began speaking at high schools, churches and other gatherings.  While talking at a high school, a young weeping girl put up her hand and asked to come up and hug him. She cried on his shoulder and whispered in his ear, “No one has ever told me that they love me. No one has ever told me that I am beautiful the way I am.”  This was when Vujicic truly became aware of the path he was meant to take.

After graduating from college at 21, Vujicic’s purpose was further cemented after meeting a man in the last throes of Lou Gehrig’s disease. Unable to walk and unable to talk, the man used a laser attached to his head to type and sent out motivational messages to hundreds of people on the internet. Vudijic could walk. Vujicic could talk. He thought that if this man can reach hundreds of people without being able to walk or talk, what could I do?

Vujicic has gone on to become a well-known motivational writer and speaker. In addition to his many books, Vujicic has spoken in seventy-three countries, reaching over 730 million people of all creeds and races. He is the founder and CEO of the nonprofit organization Life Without Limbs and founder of the inspirational company Attitude is Altitude. Vucijic is also happily married and the Father to four children. His wife is his greatest champion.

Like us all, Vujicic has bad days and good. He gets scared. He cries. He wishes he was a better husband. Vujicic has accepted that some things are out of our control and cannot be changed, but he keeps a regular pair of shoes in his closet, just in case. Lufian has compiled a few thoughts from Vujicic which we hope will help you on your own journey:

Vujicic found his strength in Jesus Christ but believes that we are going to find our own strength wherever we happen to find it, as long as we don’t give up hope. Lufian believes that a life with hope leads to a life with purpose which leads to a life of meaning. Hope is the soil in which dreams are sown and the nourishment by which they are realized. Never give up hope!

You can learn more about Nick Vujicic and his inspirational message by reading some of his many books or visiting his websites. 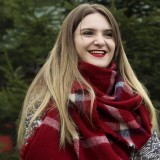 10 Inspirational Quotes That Will Make You Dream Big